Tech News : LinkedIn Shuts Down In China Over Censorship Row 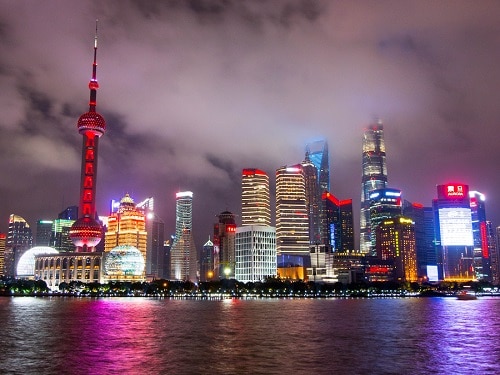 Posted at 10:35h in Cyber Security by Paul Stradling
0 Likes

Microsoft’s LinkedIn will be replaced with a “no social feed” version in China after criticism from the US that it has been complicit in the censorship of posts and profiles from Western journalists.

The accusations that LinkedIn appeared to be appeasing and complicit with the Chinese Communist Party and its censorship rules can be traced back to June. After Bing showed no results for a search for the key phrase “Tank Man” on the anniversary of the Tiananmen Square massacre, and censorship notifications were sent to journalists, Republican Senator (Florida) Rick Scott suggested that Microsoft was actively censoring American journalists on behalf of the Chinese Communist Party.

Also, LinkedIn has blacklisted the accounts of several journalists, one of whom had previously written a book about China’s treatment of Tibetan refugees.

Microsoft launched a “localised version” of LinkedIn in China back in 2014 with the hope of getting into the vast Chinese market, which, at the time was the second-largest and one of the most important economies in the world. LinkedIn aimed to link what equated to one in five of the world’s knowledge workers with the rest of LinkedIn’s 277 million members in over 200 countries and territories, thereby enabling Microsoft to take a huge competitive leap forward.

LinkedIn To Be Replaced With ‘InJobs’

The replacement for the failed, localised version of LinkedIn is due to be launched later in the year. LinkedIn says that ‘InJobs’ will be a “standalone jobs application for China” that will not include a social feed or the ability to share posts or articles.

Was Censorship A Requirement From The Beginning?

When LinkedIn launched in China back in 2014, it said “As a condition for operating in the country, the government of China imposes censorship requirements on Internet platforms” and that “extending our service in China raises difficult questions”.

LinkedIn had its new user registration suspended back in March by the Chinese regulator, allegedly for failing to censor political content.

Other big (US based) tech companies have also encountered serious setbacks and criticism when trying to break into the Chinese market. For example, Google faced criticism after announcing that it has been developing a censored version of its search engine to run inside China.

Recent years have seen poor political and diplomatic relations between the west and China, particularly with the US restrictions on doing business with Chinese companies introduced during the Trump presidency. This has had an impact on many businesses who trade with China, and the big tech companies are finding that in order to get a piece of the vast Chinese market, they must face difficult challenges and compromises. These include pressures not to deal with a regime that has been accused of human rights abuses, the tightening grip of Chinese government and regulator rules, competition with favoured Chinese companies, challenges posed by the country’s heavily controlled internet, and perhaps being forced to censor their own platforms according to local rules in order to stay in operation within the country. For example, as well as recent accusations that LinkedIn censored journalists, Amazon’s Audible service and Apple’s China-based store have both had to remove apps in mainland China for reading the holy books of Islam and Christianity which has, of course impacted on the makers of the apps as well as generating potentially awkward publicity for Amazon and Apple. For Microsoft, however, the solution to remaining operational in China, staying on-side with authorities has simply been to chop off the worries that the social platform could cause and stay with a re-named, more government-friendly service. Clearly, while the Chinese government maintains a strong grip on the Internet and other platforms that could present conflicting views, and while relations with China and the west remain relatively poor, this is unlikely to be the last difficult decision that a big tech company will have to make about the way forward (or not) for its future in China.