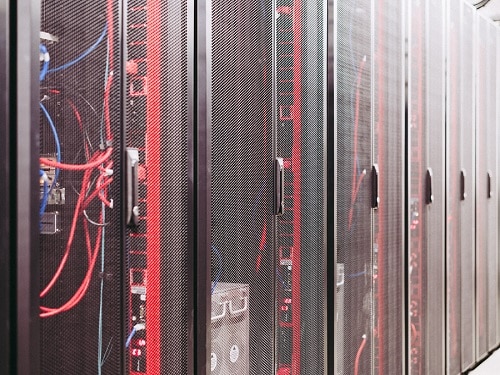 Posted at 19:44h in Cyber Security by Paul Stradling
0 Likes

Research by Zen Internet has revealed that hybrid working is causing businesses to question whether they now need enough on-premise tech infrastructure to support a full capacity office.

Most Business Have Hybrid Working Plan

The research conducted by Vanson Bourne on behalf of Zen Internet showed that 93 per cent of businesses already have a hybrid working plan in place to enable employees to work remotely, and 89 per cent now have their tech operations hosted off-premise.

Post-COVID Hybrid working patterns using software-defined wide-area networking (SD-WAN) and cloud-based collaborative platforms have meant that there are much fewer people in the office and maintaining the same amount of on-premises tech infrastructure, such as data centres, is no longer needed by many companies. The research showed that the effects on the office hardware include:

– Only 11 per cent of planned tech operations are projected to be hosted on-premise, even though on-premise datacentres take up around 8 per cent of office floor space, and half of UK businesses’ technological infrastructure are currently reliant on on-premise systems.

– Employees only working 3 days per week in the office building means that only 55 per cent of office space and desks are expected to be in use over the next year.

With half of the businesses surveyed by Zen admitting that data centres pose security and maintenance challenges, and with more than one-third citing a lack of in-house data centre maintenance skills and the fact they take up a lot of a physical space, there is an argument that with cloud-based hybrid working solutions, on-premise data centres may no longer be needed.

Although between one-third and one-half of the businesses surveyed could see a business case for moving data centres off-premise (e.g. better security and maintenance), their reason for not doing so yet is based on a belief that it would be expensive (77 per cent), and time-consuming (82 per cent).

Function Of The Office Is Changing

Hybrid working means that for many businesses, the office has become more of a place for colleagues to meet, collaborate, socialise, and learn, and the has become the ‘cultural epicentre’ of the business, whereas home is now the place where focused work tasks are carried out.

With hybrid working and the important part played by the cloud and SD-WAN technology now becoming a widely accepted working pattern, and with many offices not likely to see the whole workforce in at any one time, it makes sense that businesses are now asking questions about whether they now need large parts of their in-house, on-premise infrastructure e.g., a data centre. Also, cloud-based alternatives may be more secure and easier to maintain, thereby making the off-premises move more attractive both practically and financially. Although some businesses still see expense and difficulty as barriers to making the move now, it’s important to recognise that a different, valuable use can be made of the office to support the new culture, and many businesses have already successfully made the move to off-premise tech infrastructure and that this could become a source of competitive advantage going forward in the new work environment.