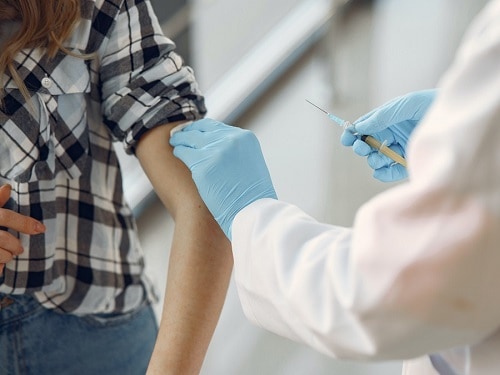 Posted at 09:37h in Cyber Security by Paul Stradling
0 Likes

CNBC recently reported that it had viewed a Google memo, circulated to employees, that they would lose pay, and eventually be sacked if they didn’t comply with the company’s Covid-19 vaccination policy.

Until Dec 3 To Declare Status, And Until Jan 18 To Comply

According to CNBC, the document circulated by Google’s leadership warned employees that they had until Dec 3 2021 to declare their vaccination status and to upload the documentation showing proof, or to apply for any medical or religious exemption. Google informed its employees back in July that it would require vaccinations for those returning to its offices following working from home during the lockdowns and the recent memo reportedly gives employees until Jan 18 2022 to comply with the company’s vaccination policy or enter measures that could lead to being sacked.

The document is also alleged to have said that failure to comply with vaccination mandated for those people employed and working in its US offices (i.e. needing to be vaccinated) would result firstly in “paid administrative leave” for 30 days followed by “unpaid personal leave” for up to six months. Failure to comply after these leave periods would allegedly result in the person’s employment being terminated.

It has been reported that those Google employees who really don’t want to get vaccinated may be able to get roles at companies that don’t conflict with the executive order and are able to request exemptions for religious beliefs or medical conditions.

The ‘no jab, no job’ executive order/vaccine mandate from Google has reportedly been opposed by several hundred employees who have circulated their own manifesto.

Not The Only Big Company To Do So

Following the Biden Administration’s request for U.S. companies with 100 or more workers to ensure their employees are fully vaccinated or regularly tested for Covid-19 by Jan 4, Google is certainly not the only one to take action.  For example, JP Morgan has recently sent a memo to staff asking those who are unvaccinated to take up the offer of a jab and asking any eligible employees to get a booster jab. Vaccination is also reported to have been made a requirement for US tech companies Uber and Facebook.

The Biden Administration’s request for vaccinations and testing in bigger US companies and Google’s recent memo have been met with some criticism. For example, Republicans have criticised the move as infringing on the freedom of workers and putting extra demands on businesses. The manifesto from Google’s employees who object to the mandate has said that it is a sign of a “coercive” leadership at the company, looks like the antithesis of inclusion, and violates the company’s principles of inclusiveness. The manifesto also criticises Google for having/keeping a record of employees’ vaccination status which could be regarded as personal/private medical information.

In the U.S., tens of millions of people remain unvaccinated and possibly unwilling to take up the jab of their own free will. With the virus still present and spreading, with companies wanting many workers to return to offices (not necessarily full-time), and with the Biden administration wanting to drive the vaccination forward, especially in big companies, this has resulted in the delicate situation that Google finds itself in.  This situation may also be particularly awkward for Google as it is reported to be trying to target the health-care industry for cloud business. Here in the UK, although there has been a much larger proportional take-up of the vaccine, and employment rights have required employers to be more careful, legislation was passed in June making Covid vaccinations compulsory for all care home staff. As more variants emerge and governments try to protect their health systems, populations, and economies, it is likely that vaccinations will be required for more employment, leisure/entertainment, and travel situations.