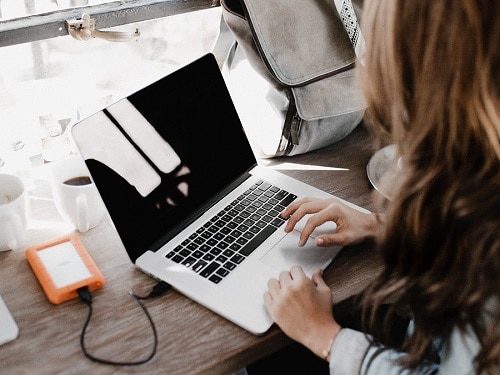 Posted at 19:47h in IT Support by Paul Stradling
0 Likes

Facebook/Meta has announced that it is integrating Workplace with Microsoft’s collaboration app Teams to enable users to share information more easily between the two platforms.

First announced in 2016, originally Facebook’s internal messaging board, and formerly known as ‘Facebook At Work’, Workplace is the work-focused version of Facebook’s social app. The app is a communication tool that connects everyone in a company, even if they’re working remotely. Workplace has features like Groups, Chat and Live video broadcasting.

Back in May, Facebook announced that Workplace had 7 million paid subscribers, up more than 40 per cent on last year. At the time, Facebook attributed the big jump in demand for Workplace to the COVID-19 lockdowns and the resulting home/remote working fuelling demand for enterprise connectivity platforms like Workplace, Slack, and Teams. Microsoft saw the number of Teams users rise to 145 million per day in May, compared to 15 million in October 2020.

Integration between Workplace and Teams

The integration between Facebook’s Workplace and Microsoft Teams will allow users to share content from Workplace’s newsfeed and from its groups into Microsoft’s Teams platform. Also, it means that users will soon be able to livestream video from Teams into Workplace groups, thereby allowing employees to watch live meetings and events on whichever app they are using or catch up later by watching a recording on Workplace.

No Need To Keep Switching Between The Two

Facebook’s Head of Product at Workplace, Ujjwal Singh, has announced one of the key advantages of the integration between Workplace and Teams is that employees will be able to access the content from Workplace within Teams without having to switch back and forth between the two apps.

The hope is that the integration will make it easier for employees to stay up to date with important information and that it could open up more opportunities for company-wide feedback and engagement.

Example of the Integration in Action

One real example of a company that has been trialling the integration (given by Ujjwal Singh) is the Flight Centre Travel Group. Nick Williams, Head of Digital Workplace (Flight Centre Travel Group), is quoted as saying that, “Workplace enables our agents to connect with colleagues beyond their direct teams, breaking down silos across brands and business groups in ways we’ve never been able to before.”  Also, Mr Williams highlights the particular value of the integration to remote and hybrid working by saying, “By creating a bridge between our company’s community hub (Workplace) and teamwork hub (Teams), employees will be able to access the most important information, whether they’re in an office or in the field, and feel connected at all times.”

Also, back in October, Facebook announced a global alliance with Deloitte to help companies use Workplace to meet the challenges of remote working.

This new integration is seen as part of a deepening, value-adding relationship between Facebook and Microsoft. For example, last year Workplace jointly committed with Microsoft to bring together more tools (e.g., joint customers can already integrate Workplace with SharePoint, OneDrive, and the Office 365 suite). Also, Workplace was named as one of Azure AD’s top 15 most used apps, along with Cisco Webex, Google Cloud / Google Workspace, and Zoom.

Another sign of the relationship between Facebook and Microsoft was the announcement in September that beginning in December this year, Facebook will be adding support for Microsoft Teams for all video calling Portal touch-based devices including Portal Go and Portal+.

Jeff Teper, CVP Product & Engineering at Microsoft Teams is also optimistic about the integration, saying “We have a shared vision of offering our customers choice and flexibility, so it made sense for us to come together to help our mutual customers unlock collaboration and break down silos within their organizations.”

Facebook says that Teams and Workplace customers can download and use Workplace / Teams by entering their details at the foot of this page: https://www.workplace.com/workplace-microsoft

Also, companies will be able to stream meetings and broadcasts from Teams into Workplace starting in 2022.

Recent whistleblower allegations about Facebook have generated more bad publicity about the social media giant. Some commentators have suggested that Microsoft may be taking a risk in being too closely associated with Facebook/Meta at the current time.

Other Microsoft news and announcements from its recent Ignite conference includes:

The battle to get the best share in the market for collaborative apps in the pandemic-fuelled remote and hybrid working environment has seen Microsoft and Facebook’s relationship become closer and this latest integration is more evidence of that. As users search for more flexibility in their new working practices, big tech companies such as Microsoft and Facebook are seeing the benefits of a ‘team effort’ to stay ahead of the newcomer competitors that grew so rapidly during the pandemic (e.g., Zoom and Slack), and help redefine themselves going forward. Particularly Facebook (now Meta) with its immersive ‘Metaverse’ concept and Microsoft with its Mesh 3D avatars are trying to move away from traditional ideas of their services (Office programs and a social media app) into new more difficult to define market territories and opportunities. This Teams/Workplace integration is likely to be particularly good news for an embattled Facebook (Meta), but some critics argue that these integrations are just ways that the existing big tech companies can consolidate their already powerful market positions.